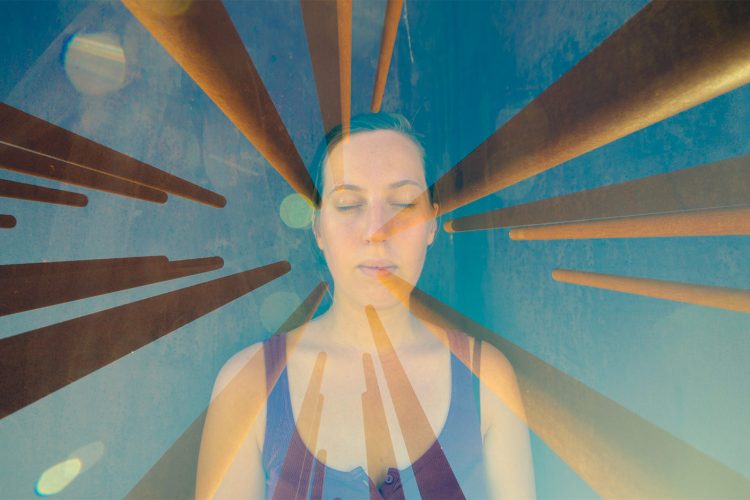 To some people, intuition sounds like a magical, mysterious concept. It may feel uncomfortable, or that it’s impossible to recognize or measure as it manifests. Therefore, when their intuition does step up and say things, they may struggle to comprehend what’s going on in real time. So, they continue to ignore the impressions, which keeps their intuition in an increasingly inactive state.

Perhaps it appears to you that intuition is an ability that other people possess, but you don’t. Or, perhaps you occasionally have intuitive episodes, but you reject them because you don’t consider them to be reliable or trustworthy. But the more you tap into this source of innate knowledge, the better you will become at making valid, reliable decisions that bolster not only your best interests but also those of others.

Your brain’s typical mode of operation is to depend on only one of its systems of functioning, which may make your intuition more difficult to discern. The human brain operates using two distinctly different systems. In normal, standard, analytical thinking, the brain processes information deliberately and slowly. In the intuitive system, the brain extrapolates patterns and past experiences into the current situation to draw conclusions and make decisions.

It may surprise you to learn that this intuitive method of operating reaches decisions far superior to the ones made by its more analytical system. In one study, the subjects used their intuition to deduce that the card game they were playing was rigged, so picking cards from a certain pile resulted in outcomes superior to picking from another pile. Participants grasped this aspect of the game before they could consciously explain why, but they were able to make more advantageous decisions in the game. In other words, their intuition was making better choices for them.

But the card-playing subjects in this study only gained an advantage from their intuition if they tuned into it. Everyone has intuition, but it doesn’t mean anything if we don’t recognize it.

Improving your intuition is all about openness to the information that is being communicated. You’re accustomed to favoring your analytical thought process, so its voice has become the most prominent one you hear as you go about your daily life. But doing that silences other voices that also have important information to convey.

If you’re having a hard time accessing and using your intuition, it may help you to compare the concept to a conversation. Think of your intuition as your subconscious mind’s voice, which will occasionally speak up to communicate information to your conscious mind. You can then include that information when you make decisions. The conversation carries on in the back of your mind, so it’s relatively difficult to hear. But you can improve your ability to access the conversation and listen it.

Other voices include that of your conscience, as well as the ongoing conversation that your intuition has with your conscious brain. When you acknowledge and utilize your intuition, you’re functioning more inclusively regarding your brain’s vast and varied abilities. Intuition will let you function at full capacity.

Recognizing and strengthening your intuitive ability is the first step toward integrating it into your daily life. This is the general procedure to awaken your intuition. Once you’ve opened yourself to the fact that intuition is one of the different ways your brain has to communicate with you, you can start practicing and intensifying it. Here are five simple things you can do to strengthen your intuition and hear it more clearly.

These things may not make logical sense to you at first. They involve placing your analytical brain on “hold” so you can tun in more deliberately to your intuition, so they probably don’t sound reasonable. Therefore, you must start out by trusting that you possess an intuitive ability that can help you. Having faith gives you a better chance to succeed.

Familiar thought processes are not required when it comes to intuition. Instead, pay attention to the physical feelings you experience, especially in the regions of your stomach and chest. When people mention their “gut feelings,” they’re actually talking about their intuition, which causes genuine physical reactions. Once you learn to notice these sensations, you can start training yourself to hear the things they’re saying.

Listen to what your gut feelings are trying to tell you—but understand that it won’t quite work like a Q&A session. Your intuition can answer questions that you’ve been ruminating over and will report them to you as physical feelings. If you’re focused on trying to make sense of or analyze what it’s communicating to you, you’ll overlook the basic information you’re intended to receive.

People who are present, contemplative, mindful, and positive are more likely to be able to tune in to their intuition. They’re also more likely to integrate intuitive information in a positive, healthy manner. Living and working in toxic, negative environments tends to cloud perceptions. Your intuition will send the clearest signals and work best when you keep its conduit clear and open.

Intuition resides within your body. Your mind’s job is simply to translate it. So, taking care of the physical components of yourself will give your intuition the opportunity to accept an increasingly more significant role. Making healthy choices, such as exercising, eating right, and getting enough sleep, all serve to strengthen your intuitive potential.

Intuition is genuine, and every person has it. It’s an innate capability that you can train yourself to notice—you just have to tune in and pay attention to it.